The Story of 420, and How its Creators Will Be Celebrating the Stoner Holiday

Happy 4/20! In honor of this amazing holiday, we wanted to share with you how the 420 term was first created, and what its creators will be doing to celebrate. So grab your favorite joint, pen, or edible, and let’s learn about the history of 420….

In 1971, five buddies at San Rafael High School in Northern California coined the term 420 long before it was designated a special day on the calendar. Now middle-aged and in professions ranging from independent filmmaker to wine salesman, Larry Schwartz, Steve Capper, Jeff Noel, Mark Gravitch and Dave Reddix still refer to each other as the “Waldos,” a name taken from a low wall on their high school campus where they would meet at 4:20 p.m. after school every day to smoke weed next to a statue of famed French microbiologist and chemist Louis Pasteur, who, coincidentally, is renowned for his discoveries of the principles of vaccination, microbial fermentation and pasteurization.

For the first time in years, the Waldos will not be physically together to celebrate on Monday, they told ABC News during a conference call from their various lockdown sites.

“It’s hard because the Waldos like to go on safaris, you know,” added Reddix. “We can’t have our safaris. It’s tough being locked up.”

It was one of their first “safaris” that became the catalyst for the 420 term, they said. Caper said a pal handed him a map to a marijuana patch being grown by a group of Coast Guardsmen in Point Reyes, Marin County, who wanted to get rid of it before their commanding officer busted them. The Waldos gladly took the map and made plans to meet at the school’s Louie Pasteur statue when all their school activities were over at 4:20 p.m.

But the location of the secret patch proved elusive, so the treasure hunt continued. And as the weeks went by, they would remind each other in the school hallways to meet after school at the designated time.

Noel said 420 became a code that allowed them to keep their then-illegal activities from adults, particularly his father, who was a state narcotics agent.

“Back in the days of phones with cords, I was standing in the kitchen and he’s at one end of the room and I’m at the other talking to a bunch of the Waldos and we used the term 420 in the conversation,” Noel recalled. “My dad tried to figure it out. He said, ‘I know you’re talking about something. I don’t know exactly what it is.’ He tried the whole military formula of using letters for numbers and such to break it down.

”At the time, remember, it was still illegal,” Noel said of marijuana, which didn’t become legal for recreational sales and adult consumption in California until Jan. 1, 2018. “It was a felony where you could get thrown in jail for an extended amount of time for having a joint.”

From there, Reddix said the term spread to the band the Grateful Dead. He said his brother, Patrick Reddick, who he says died from cancer in 2018 at 4:20 p.m., was a good friend of Grateful Dead band member Phil Lesh and managed a side band Lesh started while on hiatus from the Dead in 1975. Reddix said his brother hired him to be a roadie for Lesh’s band.

“I was backstage with guys like David Crosby and Phil Lesh and Terry Haggerty [the so-called father of fusion guitar], and all these musicians that would come by and jam with them,” Reddix, now 65, recalled. “I was smoking with them, using the term 420 and somehow it spread throughout the Dead community from that time.”

Capper said that it wasn’t until the 1990s that he realized the 420 term had taken on a life of its own, and had been commercialized with bumper stickers, T-shirts and hats. He said that in 1998, he contacted Steve Hager, then the editor of High Times magazine, to inform him the Waldos were the originators of 420.

Skeptical, Hager traveled to California to see the Waldos’ evidence, which included a 420 flag one of their friends made in the early 1970s and letters with postmarks from the early 1970s in which they referenced 420. Hager wrote an article that appeared in the December 1998 edition of High Times, solidifying the Waldos as the originators of the 420 term.

”On a lot of different fronts, 420 was certainly the absolute catalyst towards the end of [marijuana] prohibition,” Capper said.

While the Waldos won’t physically be together for the 420 celebration, they will toke up virtually and appear together on a number of online programs. Capper said this year’s celebration is more special than ever.

‘First, they shut down all the [cannabis] dispensaries, like really quick, and then they immediately opened them, in most states [where recreation cannabis is legal],” Capper said. “They opened them back up as essential services. So that’s something to really celebrate this year. Not only is it legal, it’s essential.”

Stoner Engineers are some of the most creative people in the world.… 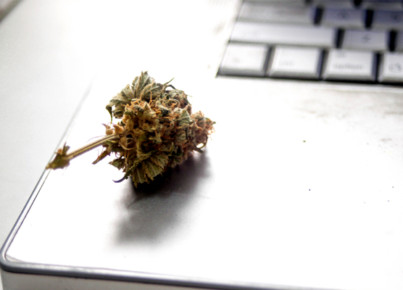 Do you find yourself getting lazy while high? We all have work…